The Best Microphone for Voiceovers! 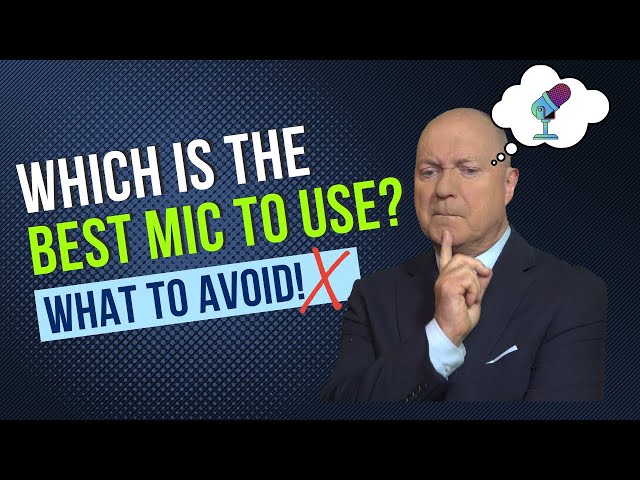 If you're looking for a microphone to set up your own voiceover business, and for recording scripts in your own home studio, what is the best microphone to buy? Well first of all, let's quickly go through all the different types of microphone.

The one I am wearing here is used for TV it's called a Lavalier lapel mike, and it's very small, because you don't want a huge microphone in front of your face for TV do you?  So the quality is very good for TV work, but it's not good enough for voice over, because in effect it's an Omni directional microphone -  it picks up sound from everywhere, and in effect it's picking up the vibrations from my chest. You need to get a microphone that is right in front of your mouth for quality voice over work to pick up the quality and nuance of your speech.

What's more, because maybe you're starting out, and not buying a professional soundproof sound booth yet, you need to make sure the microphone doesn't pick him up any sound from behind or on the sides. 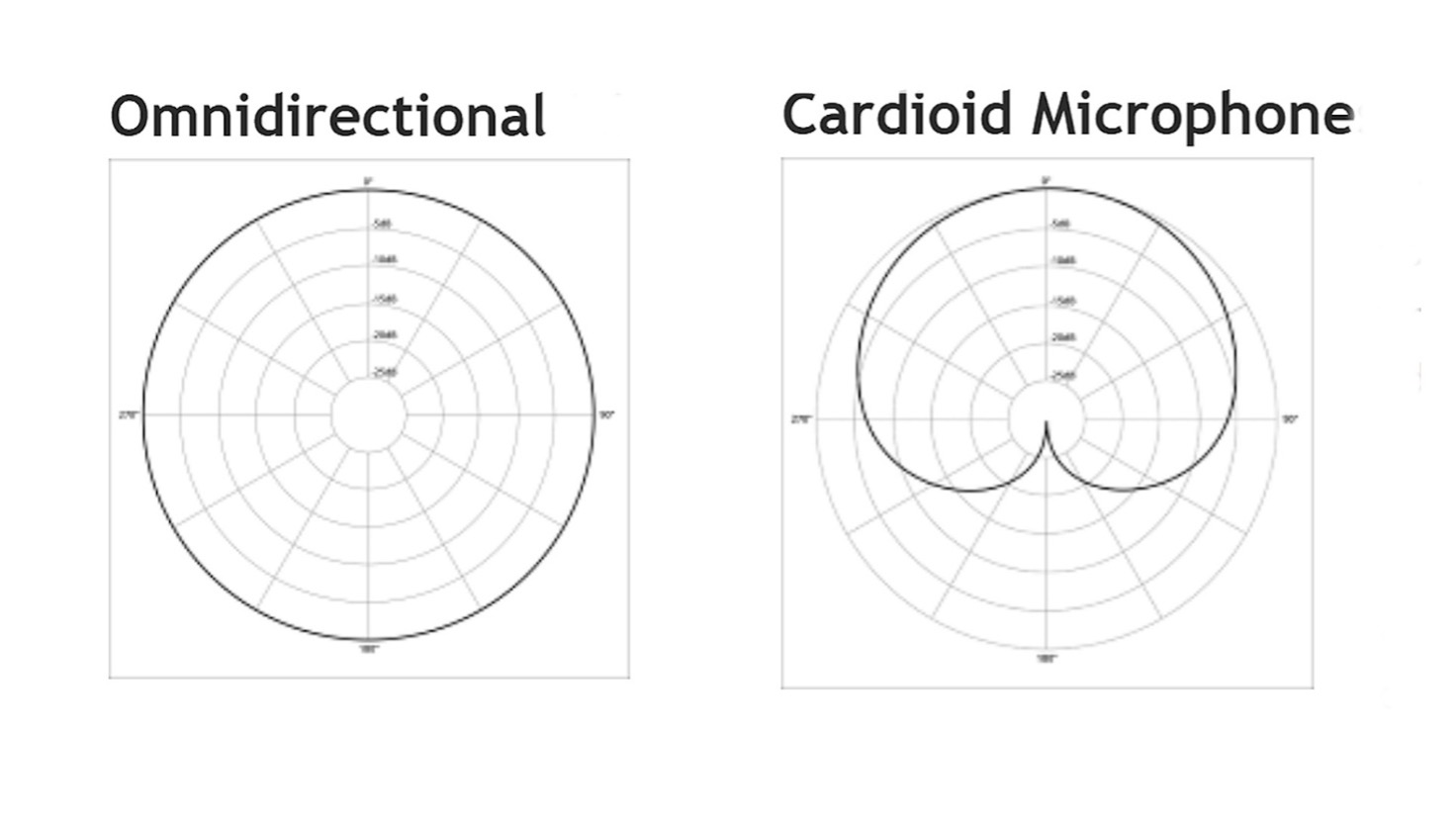 So that's why you don't want an Omni directional microphone, but something that has only sensitivity at the front. So you will find these with cardioid microphones like this, often also called “Unidirectional”.  They’ll have a heart shaped pickup pattern but mostly at the front, so it hardly picks up anything from the back or side. 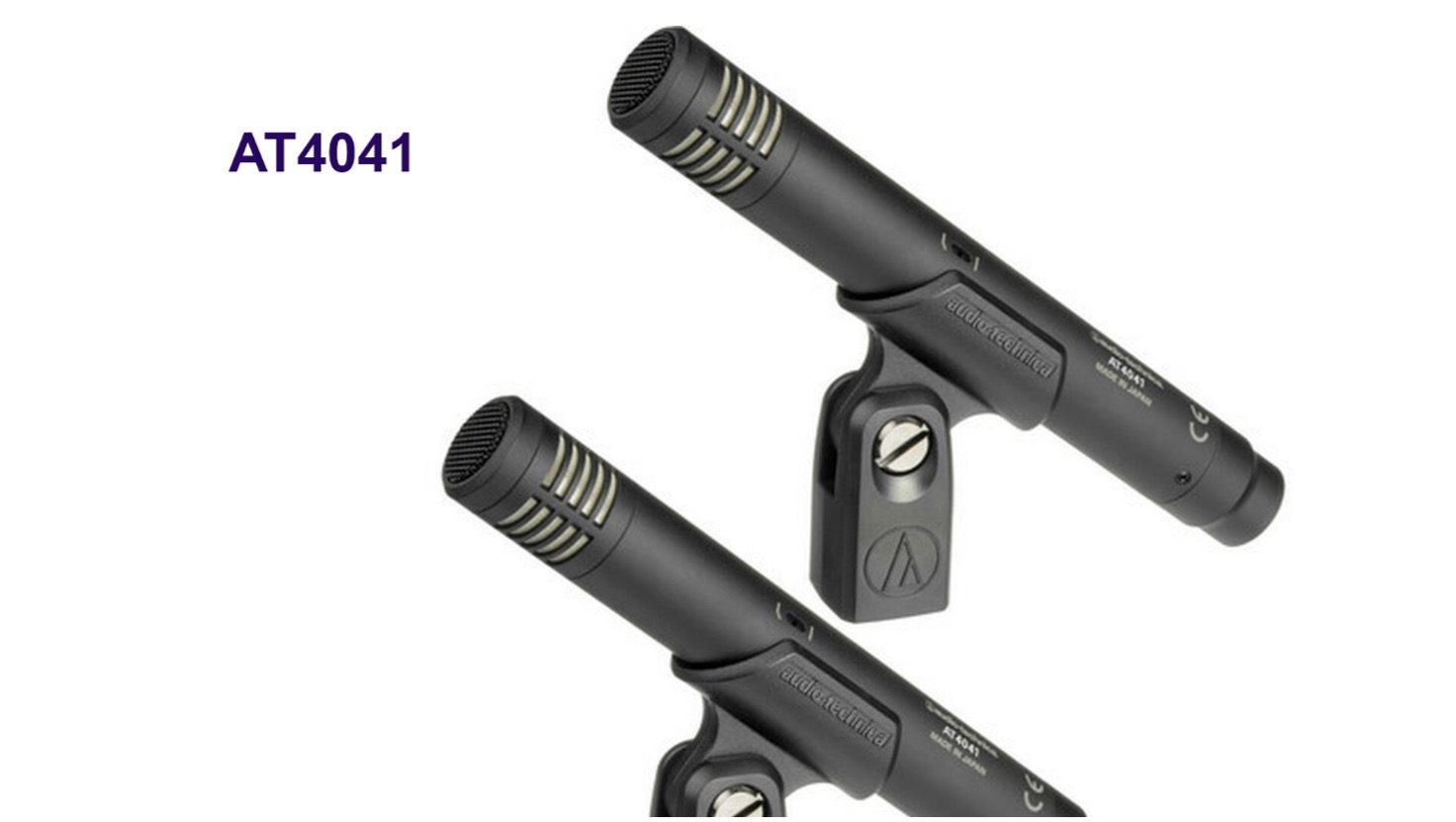 A mike like this – the Audio Technica 4041 will pick up from the front, and is great for certain music uses, but it’s not sensitive enough for voiceover work as it has a very small capsule inside.  Us voice overs need microphones that have a large diaphragm capsule inside that can pick up the subtle vibrations of every nuance of our voices faithfully, and also has a uni-directional response pattern, picking up at the front. That's why you need to look at microphones like the ones I’ll recommend here.  You need to search for large diaphragm condenser microphones.   Ignore ribbon and dynamic microphones you may find as well.

But now, there's an extra complication. What is a “USB” microphone that you may have head about? Well basically, you get a cable that plugs from the mike, directly  into your computer.  The computer recognises it, and it works straight away. That's great news, you think, but actually it's not. A USB microphone can be good if you're just starting off in voice over, but they are often less sensitive, with more hiss, background noise and I honestly think that you would be better off with a microphone with an XLR connector on. 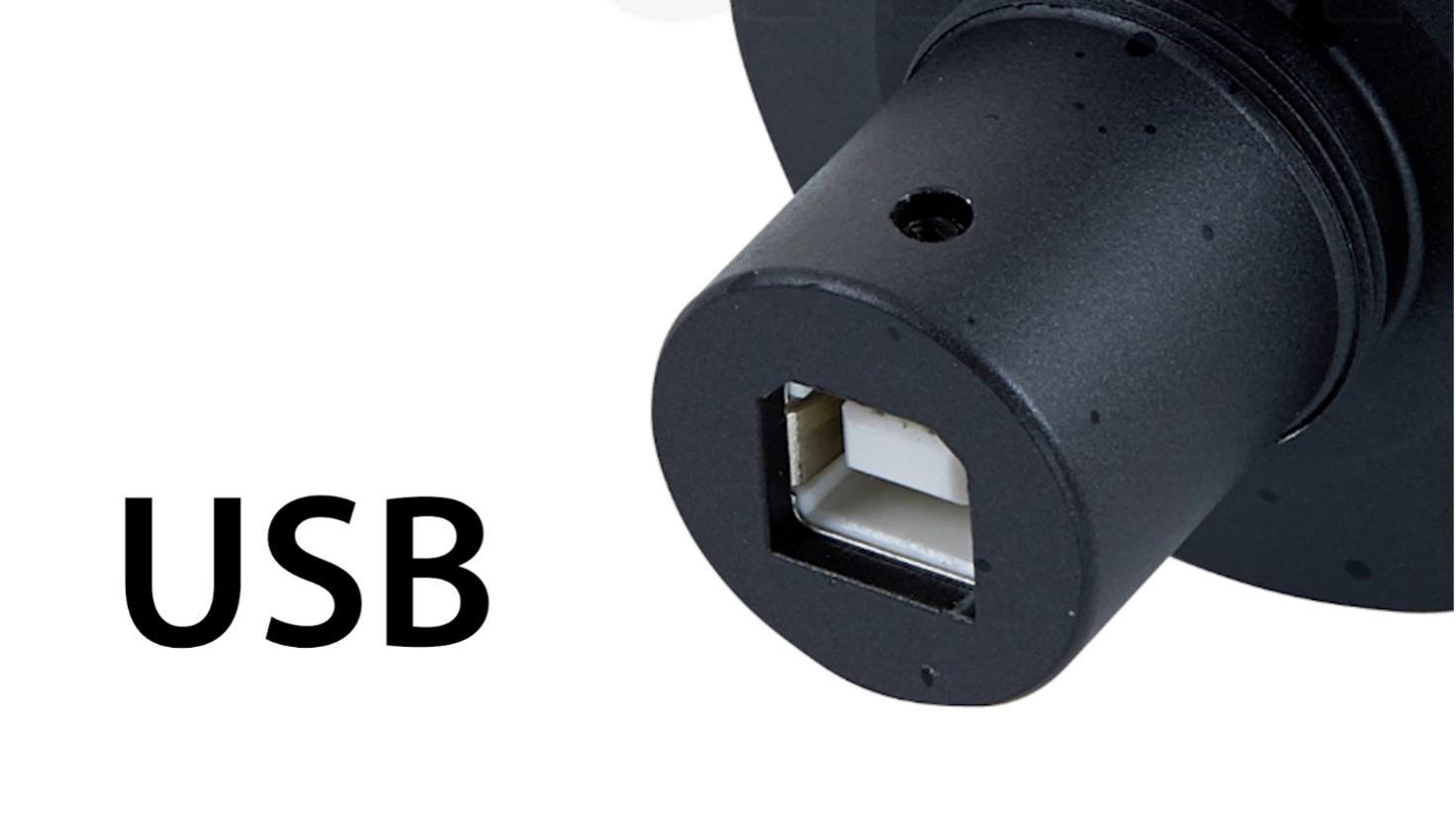 So here's a picture of a USB microphone connector….. and here's one with an XLR connector. 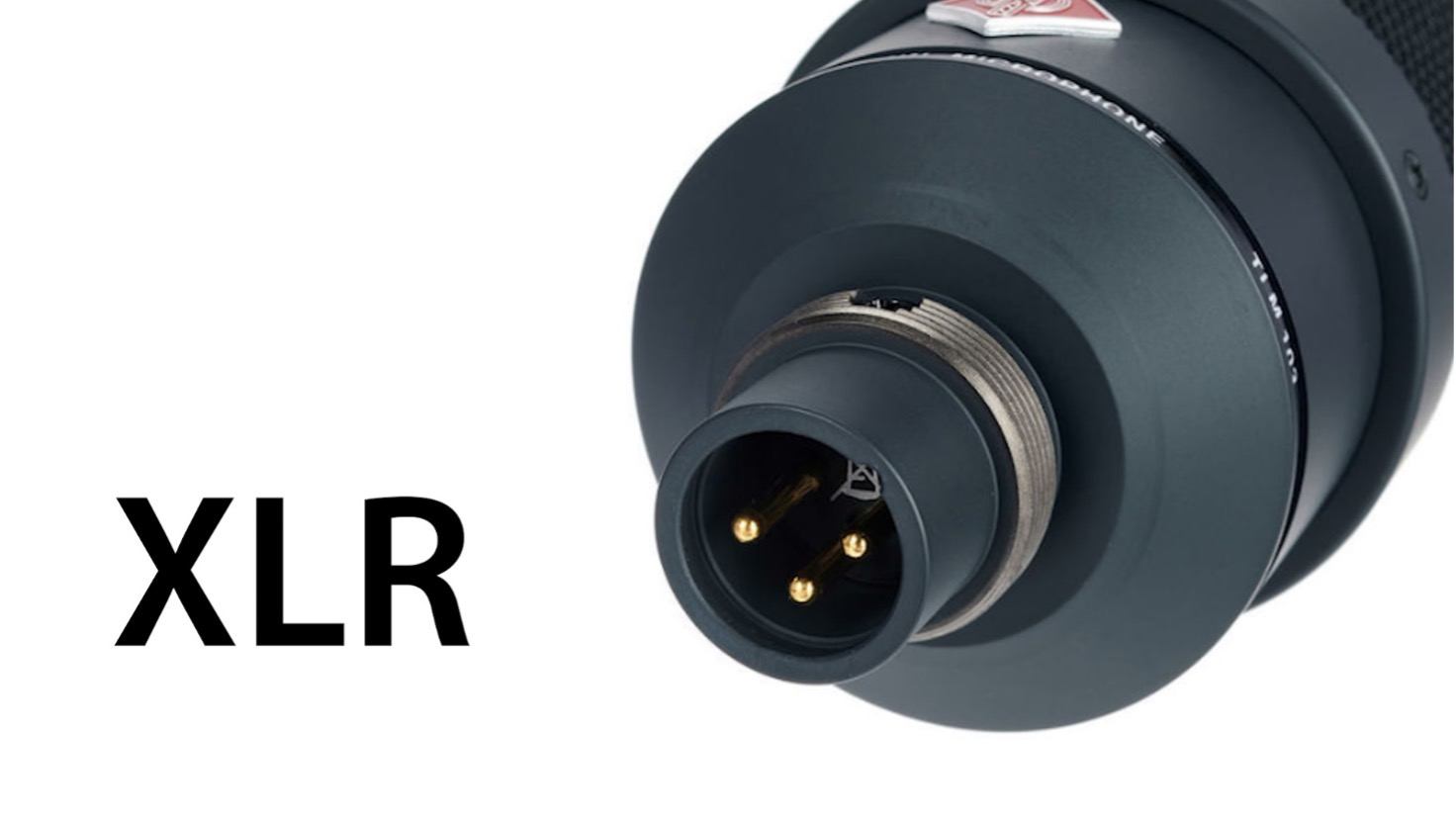 Having an XLR microphone will give you much more flexibility, in that you'll be able to plug your microphone into an audio mixer, a solid-state recorder, and other equipment that you may want to buy one day, like an all-in-one hardware Podcast mixer. You won't be able to do that with a USB microphone. The versatility of XLR microphones over USB microphones, along with their generally higher price-to-sound-quality ratio, will make them the better choice for the voice actor.  However the disadvantage of an XLR microphone is that you need a USB audio interface box as well to power the microphone with 48 volts and to turn the analogue signals into digital signals for the computer. 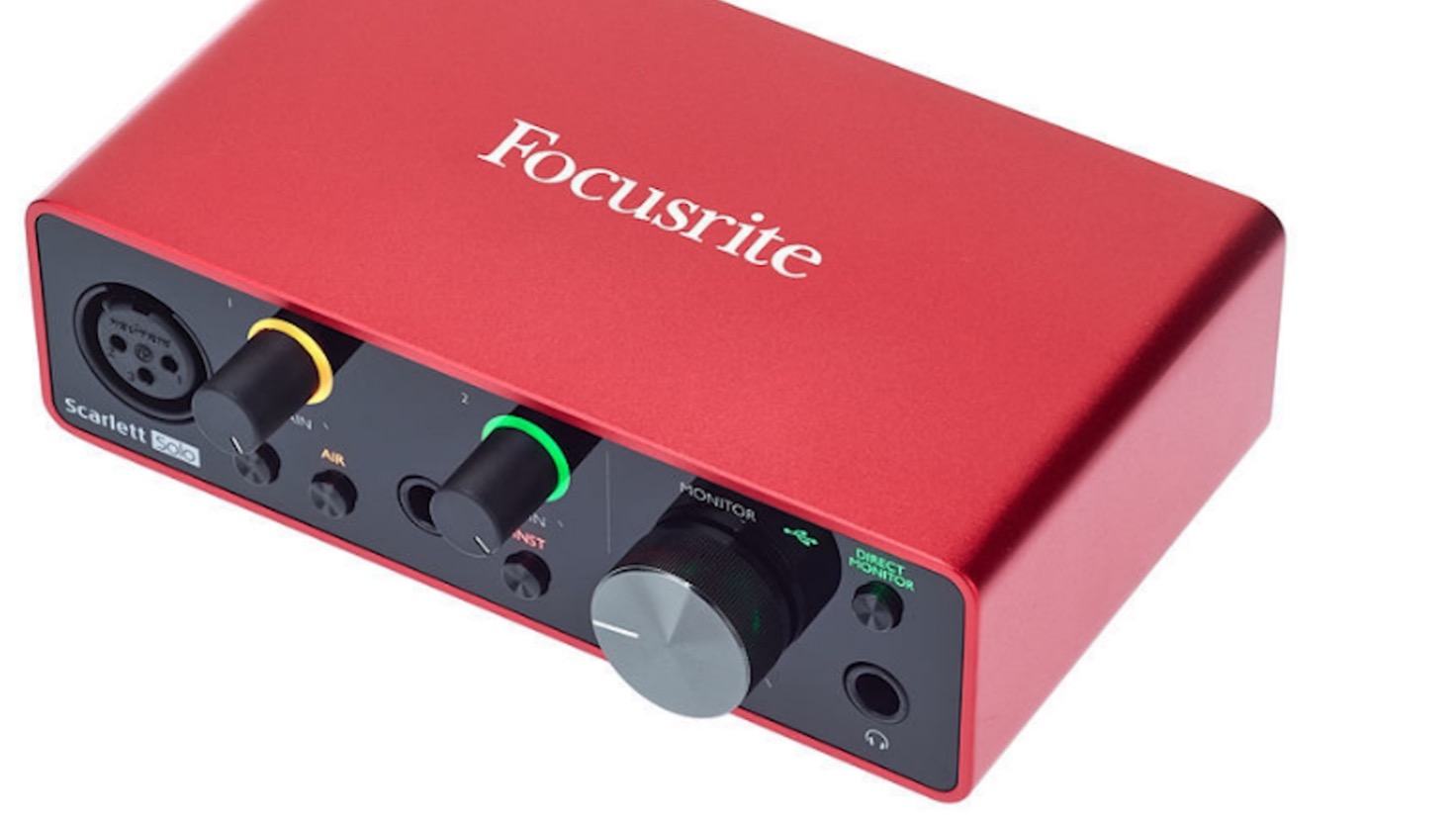 But that's fine, we all have these boxes as voice overs, and these devices have headphone sockets and other controls, and I will look at USB audio interface boxes in another product review.

So to sum up, I recommend for voice over work, a large diaphragm condenser microphone, one that is not USB, in other words a traditional analogue microphone with an XLR socket on, and one that has a cardioid or uni-directional polar pattern to pick up your voice the best it can. 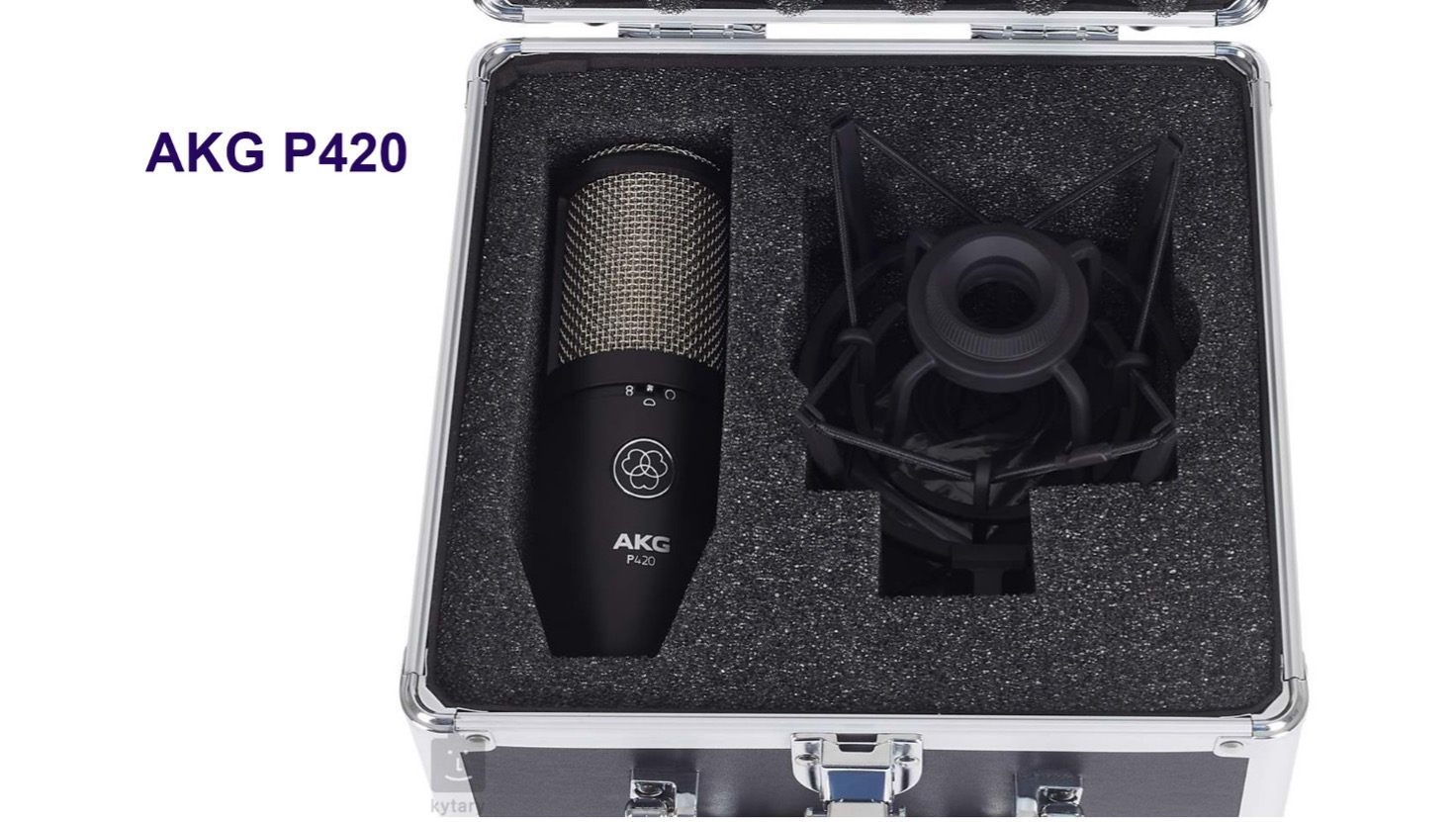 Here are my recommendations. The AKG P420 is absolutely amazing for the price. I've bought a couple of these for recording music and TV shows on location, and honestly the quality is superb in my voice over booth as well, and I find it very hard to notice the difference between the voice overs recorded with one of these, and my classic $2000 Neumann U87! If I had to be really picky it's not quite as sensitive, but for $200 or so, and that includes a mount and metal case, you won’t be disappointed by the AKG P420.

A microphone that's slightly cheaper and also a good choice if you can't find the AKG P420 in stock anywhere, is a quite a recent microphone, that tries to bring back the warmth of the classic vintage microphone. 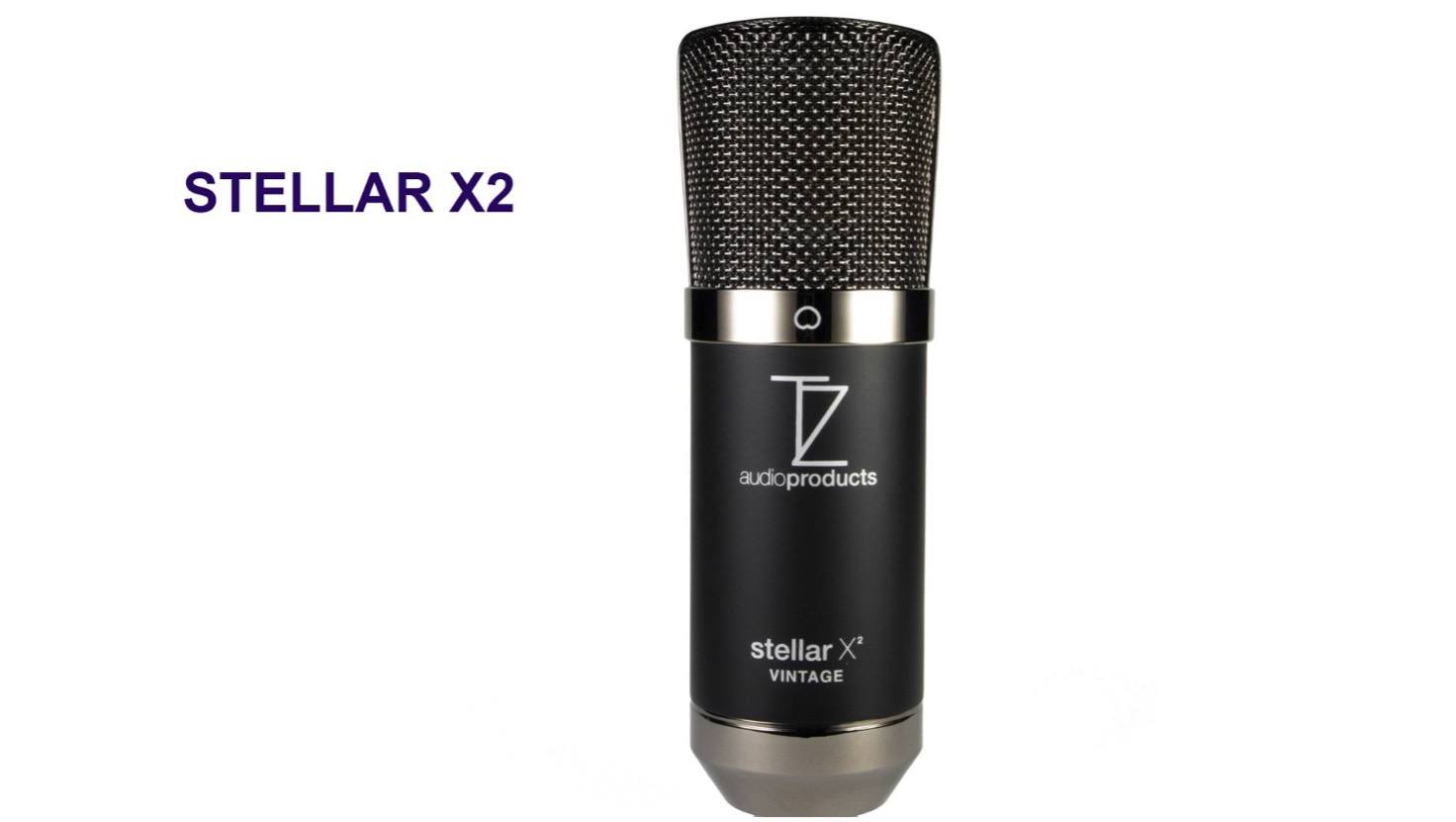 It's made by Tech Zone and it's called the Stellar X2. It also comes in a metal box, like the AKG, and you get a cradle with it as well to stop vibrations from the desk or the boom stand. It's a lovely design, and very well made, metal that is heavy, and some excellent technical specifications. A lot of people are talking about this, and even though you probably haven't heard of Techzone, I tried one of these out for a week, and I was incredibly impressed.

My final recommendation is a microphone that's been around a long time, and is extremely popular with people who don't want to splash out a lot on a microphone. The Audio Technica AT2020. 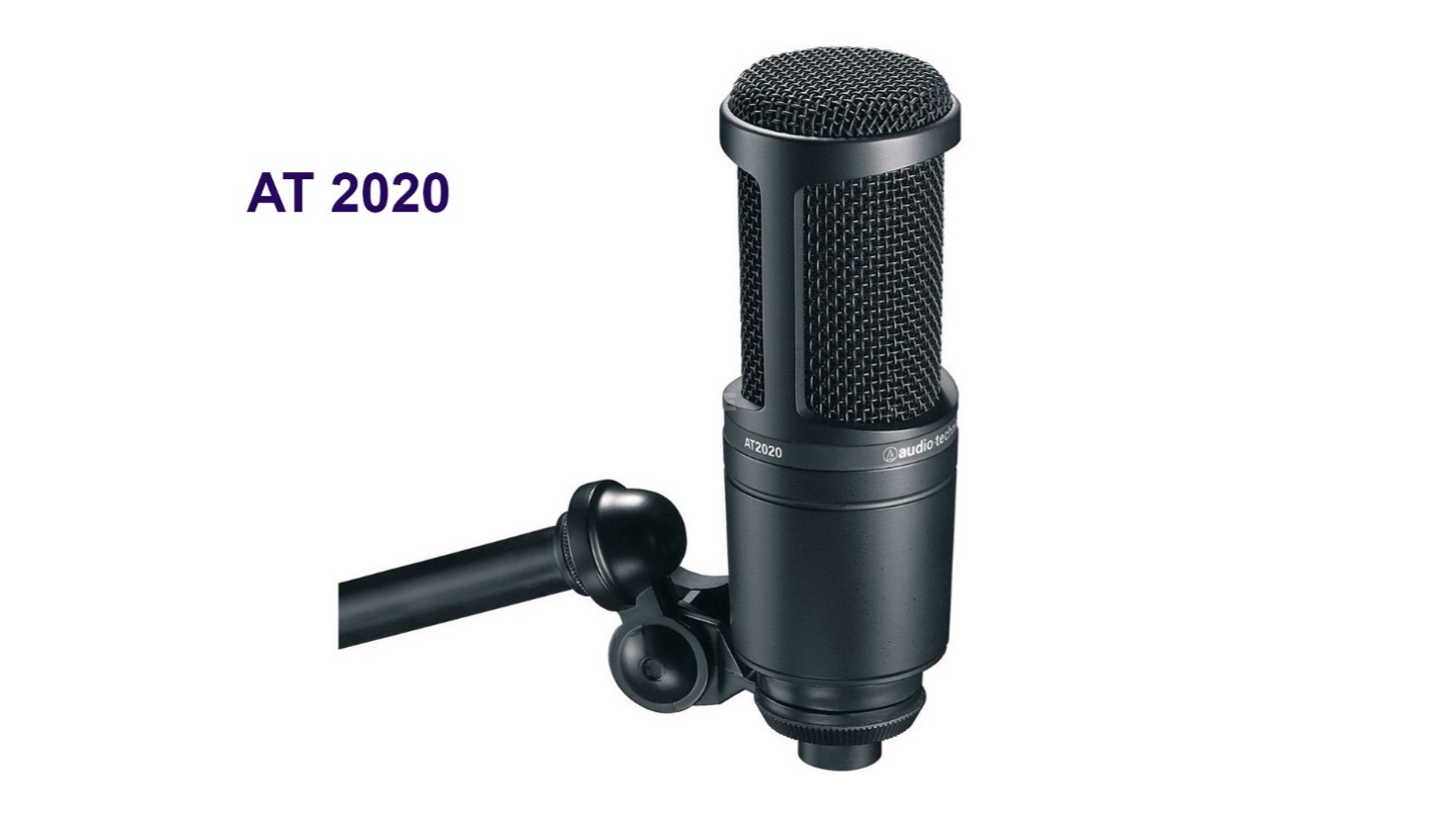 It's nice and sensitive, maybe a little too sensitive in the lower frequencies, so you do need a decent pop filter with it, but for the price, it really is superb for voice over work, particularly if you don't want to spend too much to begin with. But you will impress many clients using this in your voice over booth if you've got all the acoustics sorted out as well! It doesn't come with a shock mount cradle or fancy metal box, but if you just want a decent microphone for less than $100, you can't go wrong with the this – the AT2020 microphone.

Now even though I have these three microphones I have recommended physically here in my studio today, there's really no point me trying them out for you on a video I could link you to, because you won't be able to hear the difference, you really won't.  Nobody would.  I don't understand YouTube videos for example where people do microphone checks and shootouts and you just can't tell the subtle differences after the sound has been compressed over the Internet and coming out of all sorts of different loudspeakers and headphones. Yes, you can compare specifications and statistics, but that's not the same as actually listening with your own sensitive ears in your own studio. You just need to take recommendations from people like myself -  professionals who've been in business for many years, and then buy from a company where, if you're not happy with it - if the microphone doesn't reflect the full range and potential of your voice that you can swap it for another one. 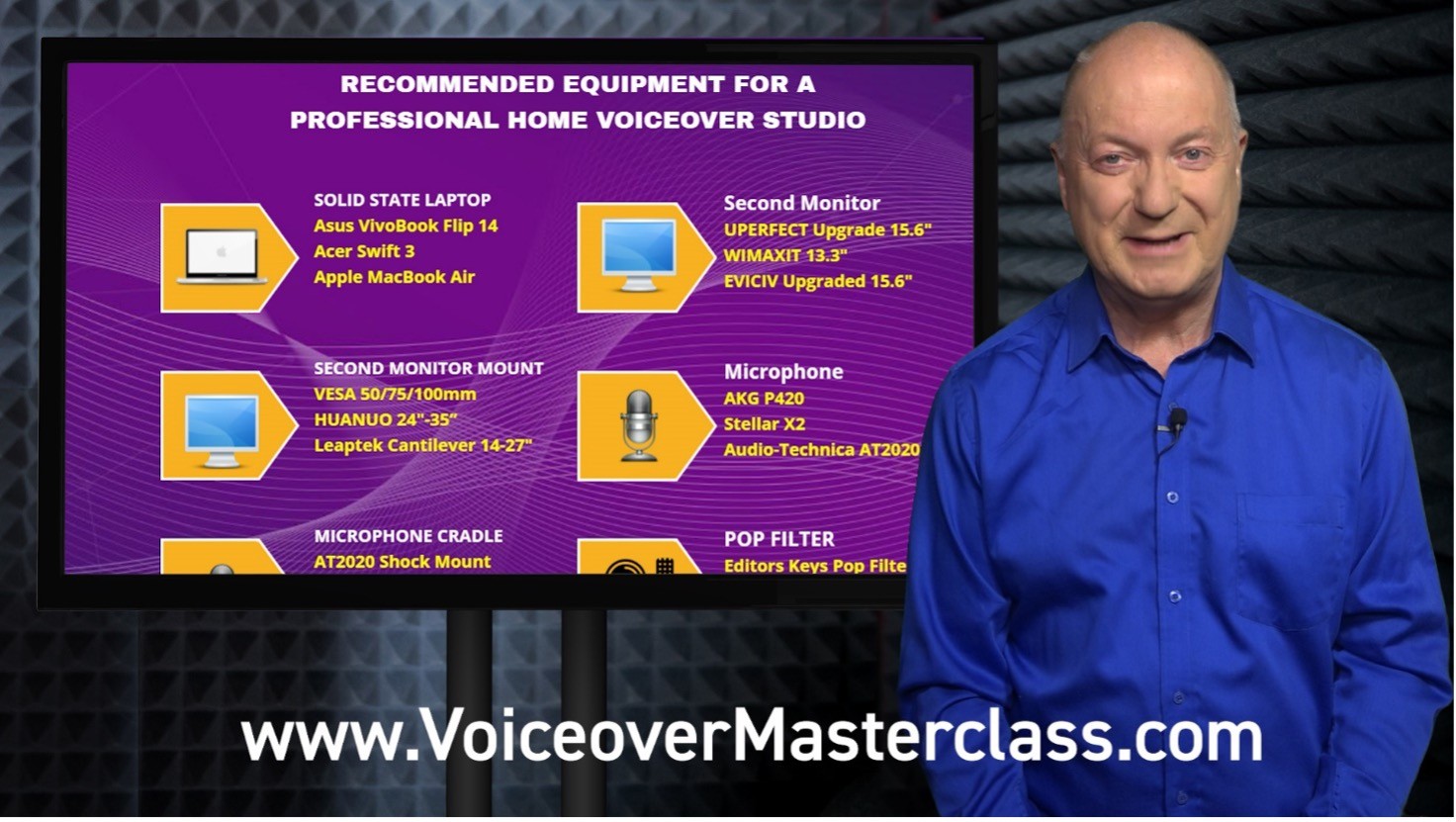 I hope you find all this useful.  To find links and more details of all our product recommendations, go to VoiceoverMasterclass.com and click top right.  Thanks for watching!

The Essentials for Podcasting Success!

STAY IN THE KNOW

& Checklists Delivered Straight To Your Inbox?

Our company stores data for accounting & marketing purposes only. We do not store any personal/financial/identifiable data. By subscribing/purchasing through this website you agree to receive marketing /info emails from Peter Baker or our brand Voiceover Masterclass. You may opt-out from our email lists at any time by clicking the unsubscribe link provided our emails in accordance to GDPR(Europe), CAN SPAM & CalOPPA laws.

Results from using this product will vary - we've done out best to represent the product fairly & can't guarantee you will replicate the exact same results.